The Difference Between Winners And Losers 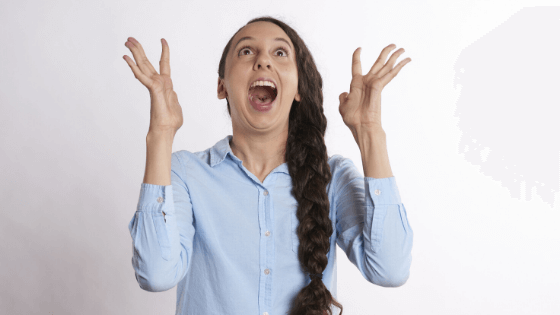 Study hard and make it real. There are times where you seem to be doing a lot, but things just don’t work out. When you run, it’s one obstacle after another, after another. You wish to give up. You feel like it’s never going to happen. And let me tell you something, yeah, it’s going to be hard. And so what? It’s going to take time. It’s going to take blood. So what? Tears, but we get one opportunity in life. One-shot at life to do whatever you want to do.

So now’s a chance right now. At this moment, do not waste it, and when you don’t even need to think about it when the winner’s mentality is just a way of life for you.
That’s when beautiful things start to happen. Clarity is power, and the clearer you know precisely what you want, The more likely you are to end up achieving it. The uncomplicated it is for your brain to get you there and vision precisely what you want. Envision exactly how it will feel when you do finally get there and make it so compelling.

They could realize because they think they don’t know how to do it. They believe they are not capable, and they’re not willing to stumble and fall again and again. They’re not ready to put themselves.

Out there, ask for help when they need it because it’s just not worth it to them. Well, you got to learn how to make it worth it to you. You got to learn to love to study to be passionate about it. You’ve got to find it within you some way because it’s that love and that passion. That will get you through. It will drive you and keep you going when everyone around you is struggling. Most people go through life. You do not want to deal with their failure.

When you fail an exam when you get your grades back, and you’re disappointed, it’s painful. We’ve all been there now. Remember that pain remembers the pain when all your friends achieved a better rank. Then you remember the deep disappointment you felt within you, not forget that feeling.

Now here’s the critical part The Difference Between Winners And Losers. ask yourself why you failed? ask yourself why you’re disappointed? There is an article about Five Questions You Should Ask Yourself to be successful. And the people around you, your friends, your teachers, they look at you in total amazement, they think how to do, and you’re going to show them that you’re a different creature. Because when it’s worth it, you do. Whatever it takes. You have to question yourself how much ever you’ve been putting in because the effort is the only thing coming between you and your exams and if you don’t think it’s worth putting in the effort. That means you’re okay with being average, and no one should be okay with just being average, and if you’re honest with yourself, it’s you. It’s not your teacher’s fault or your parent’s fault, your friends fall. You’re the reason you failed.

Now, if you wake up in the morning and look in the mirror and say I’m failing because of me, then you’re going to do something about it. You will change. You will improve. You will start getting better grades at the end of the day. If you embrace failure and learn from it, that’s how winners. and this is The Difference Between Winners And Losers.

One thought on “The Difference Between Winners And Losers”